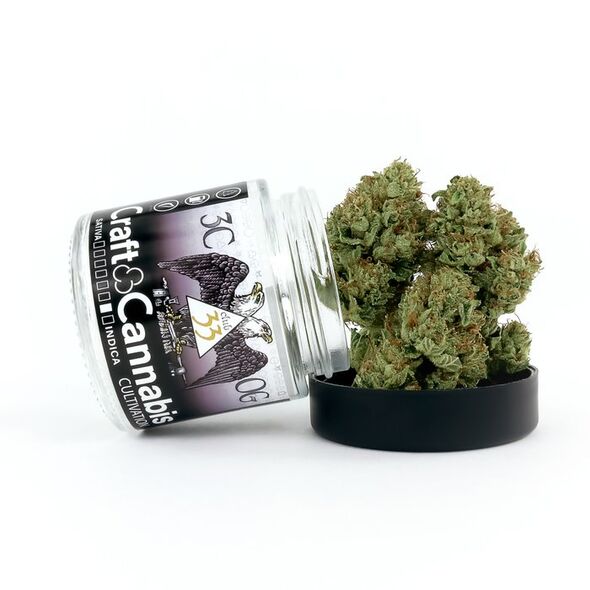 Club 33 OG, or the “Original OG Kush,” is a world-famous strain with ancestry from the Hindu Kush Mountains of Afghanistan. The strain started its transformation to its current phenotype in the early 1990’s in Florida when Matt “Bubba” Berger accidentally crossed two strains. The resulting cultivar was further perfected and introduced to the California by Josh D later that decade. Since then, it has served as the “grandmother” strain to almost every current iteration of the Kush variety. Infamously difficult to grow well, many growers have tried and failed to propagate the strain to its maximum potential. At 3C Farms, we take particular pride in our OG strains, from the aforementioned Club 33 to its cousins including Tahoe and Illuminati."