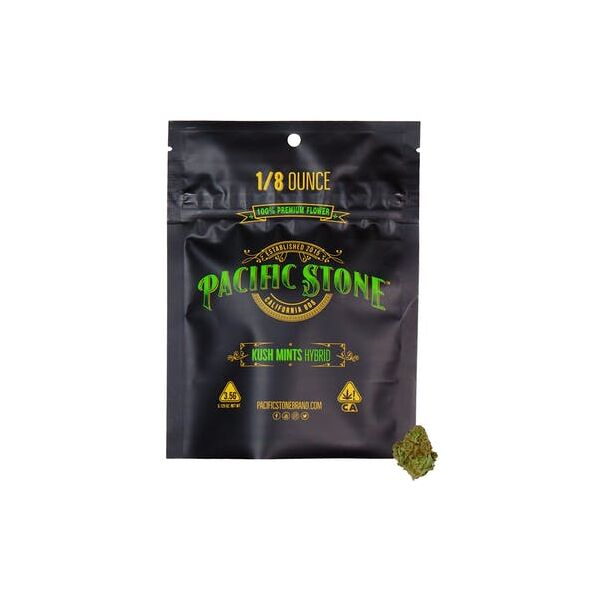 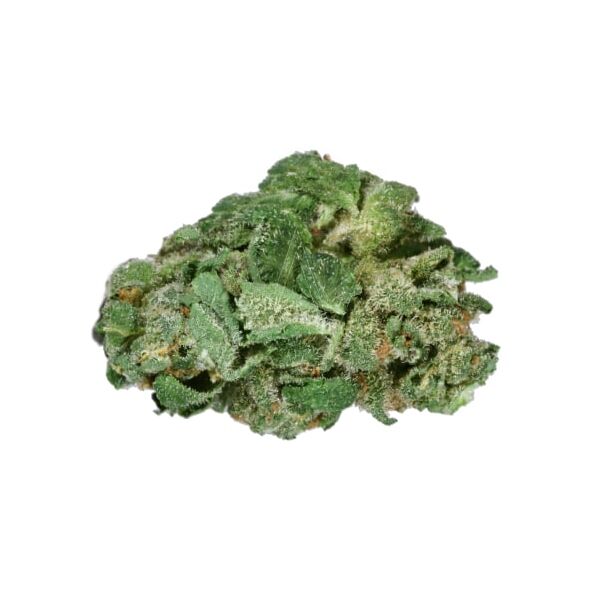 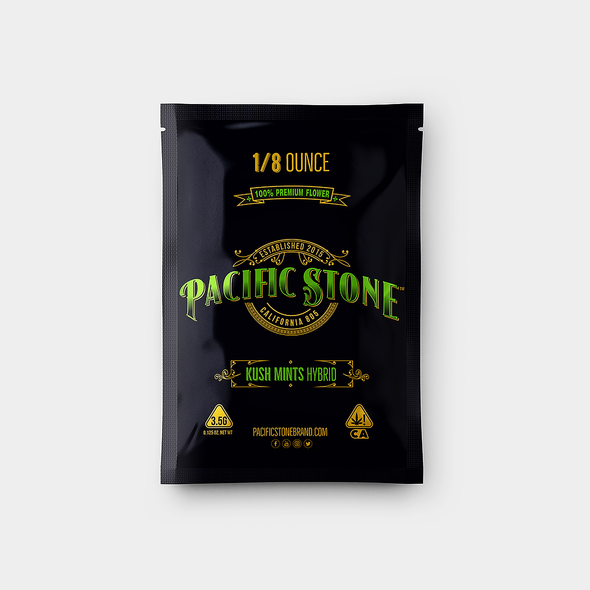 Available from these sellers (7)
+ Buy Now

The Origins of Kush Mints

The Benefits of Kush Mints

The Drawbacks of Kush Mints

As with any cannabis strain, some potential drawbacks to using Kush Mints including dry mouth and dizziness, when consuming this strain, it is important to drink plenty of water and avoid operating heavy machinery.

As with any cannabis strain, some potential drawbacks to using Kush Mints including dry mouth and dizziness, when consuming this strain, it is important to drink plenty of water and avoid operating heavy machinery.

Some other potential drawbacks of Kush Mints include:

If you experience any of these adverse effects, it is important to stop using Kush Mints and seek medical attention if necessary.

Overall, this balanced hybrid strain provides various benefits with few drawbacks. However, it is important to start with a low dose and increase slowly as needed.

Kush Mints' genetics can provide relief from anxiety and stress, as well as pain relief. It can also improve focus and concentration. This strain also boosts energy, making it ideal for those who suffer from fatigue or need help getting through the day.

While some potential side effects are associated with this strain, such as dry mouth and eyes, dizziness, and paranoia, these are typically mild and short-lived. Overall, this is an effective strain for those seeking relief from a variety of conditions with few negative effects.

Kush Mints is an interbred between Bubba-Kush pollen and animal-themed mint strain cultivated by Seed Junky Genetics in Southern California. Seed Junky expert has crossed sex phenotypes with other hybrid varieties such as animal cookies and bridal cakes. The blended hybrid has a strong mint taste hence the name. A user was also reported to have experienced relaxation and sleeplessness in varying places. Kush Mint is a mix of Bubba Kush, Pollen, and the pure breed Animal Mints. Seed Junk experts crossed a phenotype of Kush mint with several other hybrid types.

Is Kush Mints Indica or Sativa?

Kush Mints is a hybrid cannabis strain that has been the subject of debate among cannabis enthusiasts. Some believe that Kush Mints is an Indica strain, while others believe it is a Sativa strain. The debate stems from the fact that Kush Mints exhibit characteristics of both Indica and Sativa strains. Those who believe this is an Indica argue that its physical appearance – short, stout, and dense – as well as its effects – relaxation and sedation – are indicative of an Indica strain. Those who believe this is a Sativa argue that its mental effects – uplifting and energizing – indicate a Sativa strain. Ultimately, the classification of this strain is not definitive. However, the debate over its classification highlights the complex nature of cannabis and the difficulty of categorizing strains.

Reasons why some people believe Kush Mints is an Indica strain.

Indica strains are typically short, stout, and dense. They are also known for their relaxing and sedative effects.

Kush Mints exhibits these Indica characteristics in its physical appearance and effects. Its short, stout, and dense buds give it a distinctly Indica look, while its effects – relaxation and sedation – indicate an Indica strain.

Further, this strain contains high levels of both THC and CBD. This cannabinoid profile is typical of Indica strains, known for their potent effects.

In conclusion, the evidence suggests that Kush Mints is an Indica strain. Its physical appearance and effects support this classification, and its cannabinoid profile is consistent with other Indica strains.

Reasons why some people believe Kush Mints is a Sativa strain.

However, there are also several reasons why some believe Kush Mints is a Sativa strain.

First, it has Sativa-like mental effects. Its uplifting and energizing effects are more typical of a Sativa strain than an Indica strain.

Second, it grows tall and thin, another characteristic more typical of Sativa strains. Indica strains tend to be shorter and stockier.

Finally, it has a high THC-to-CBD ratio. This ratio is more indicative of a Sativa strain than an Indica strain.

The evidence suggests that this may be a Sativa strain. Its mental effects and physical appearance support this classification, and its cannabinoid profile is more consistent with other Sativa strains.

However, the debate over its classification highlights the complex nature of cannabis and the difficulty of categorizing strains.

The taxonomical debate over this strain classification emphasizes the complex and often contradictory nature of cannabis. While some experts argue that this strain should be classified as a hybrid, others maintain that it is a pure Indica. The issue is further complicated because many modern strains are bred to contain genetic material from multiple different types of cannabis. Ultimately, the decision to classify Kush Mints will affect how the strain is regulated and marketed.

While the debate over the classification of this strain may seem trivial, it highlights the need for further research on the complex genetics of cannabis. In addition, the lack of consensus on how to classify this particular strain underscores the challenges that exist in categorizing all strains of cannabis. As more states legalize marijuana and its use becomes more mainstream, it is important to continue to study the plant to better understand its effects and potential therapeutic applications.

What are the effects of Kush Mints?

Its chicken content is very high. How can you control the effects of Kush Mint? The high is euphoric. However, user reviews rave about this narcotic body buzz, which also recommends it to those with chronic pain.

Comment
I love these mints! They are a great alternative to gum or that awful smoke too.

Comment
The taste wasn't as strong as I thought it would be, but definitely not weak either

Comment
As a lover of both cannabis and mints, these are perfect for me!

Comment
I'm not one to get mellow easily, but they make me feel relaxed

Comment
"I'm not sure if this is a Kush Mints review or if it's for Pacific Stone, but I know that my friend recommended to me a company she knows and trust. This is the best cannabis I've ever had from Sour Diesel to Super Silver Haze. My friend told me about this dispensary called Pacific Stone and they were so helpful with anything I needed help with. They made ordering easy."

Comment
"Kush Mints is a fantastic strain. It's just not your typical high sativa strain because it has a little bit of indica in it. The Kush Mints gives a knack for people who are looking to relax, unwind and have a nice time."

Comment
"Absolutely love these, I had the best night sleep ever after using them. Kush Mints leave me feeling calm and relaxed with a minty fresh sensation."