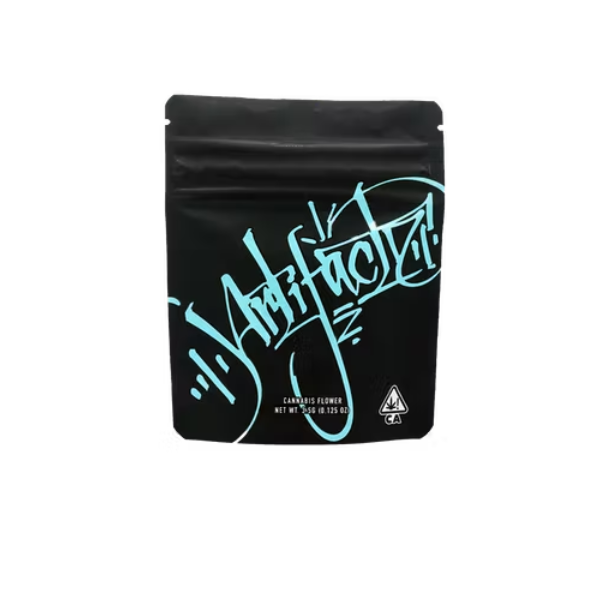 Crisp and Creamy. The platinum gelato burns smoothly and evenly while delivering pressure on every pull, with notes of candy that hit the tip of your tongue. The newest addition from Artifactz and another exciting smoke at an unbeatable value!

About this strain: Gelato

Gelato is a cross between Sunset Sherbet and Thin Mint Girl Scout Cookies, named in homage to its sweet aroma. Also known as Larry Bird, Gelato (#33) was first cultivated in Northern California's Bay Area and is derived from a deep bank of genetics created by the Cookie Family, the Sherbinskis family, and cultivator Mario Guzman. The cultivators parted ways following its creation, and the cultivator who possesses the most “stable version” of Gelato genetics is up for debate. Cookies cultivates a few phenotypes and descendants of the strain named Gelato #42, Dolce Gelato, and a sun-grown Gelato. Sherbinskis grows four stabilized Gelato phenotypes in its rotation as well: Gelato #41 (Bacio Gelato), Gelato #43 (Gello Gelato), Gelato #47 (Mochi Gelato), and Gelato #49 (Acai Berry Gelato). Per Sherbinskis, the #33 phenotype is no longer in cultivation.

Varda Dispensary | Pasadena
Location : Pasadena
5.00
(1 review)
Happy Customers
See why our intuitive user interface, jaw-dropping listings, and tailored products provide shoppers with unprecedented user experience.
Premium Dispensaries
From leading brands and premier products, to top-notch dispensaries and delivery companies, there is no shortage of options to choose from.
Secure Shopping
Our secure network keeps all sensitive customer data confidential along with state of the art integration on orders for dispensaries and delivery companies.
Best Prices
Unbelievable discounts, exclusive deals, and lowest prices guaranteed, it’s no wonder our customers keep coming back for more.