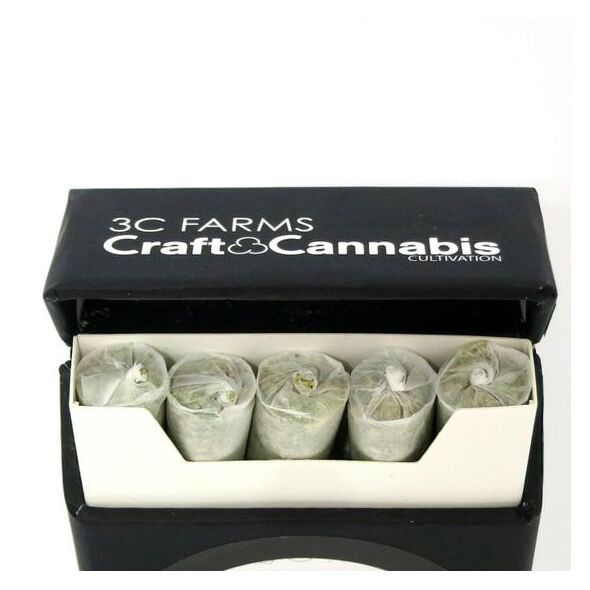 3C Farms' Illuminati OG isn't part of a conspiracy, but its fast acting potency and dank flavors are indeed of mysterious origins. Sporting beautiful green cholas in a variety of shades and flecked with auburn pistils, Illuminati OG boasts fresh, pine aromas touched by sweetness. This dense smoke blasts the palate with pine flavors, while its Indica effects pour relaxation from the top of the head to the tip of the toes.

3C Illuminati OG is a direct cut from Josh D’s 1996 Club 33 OG phenome and makes up the genetic backbone of many west coast cannabis varieties. In spite of its ubiquity, its origins remain a debatable mystery (as its name suggests). The colas are a blend of beautiful green tones and its scent is fresh and piney. Illuminati’s denseness hits the tongue with a blast of pine and a touch of tar, just to be followed by a subtle floral sweetness. Its effects set in very quickly, starting with a relaxation that begins at the crown of the head and melts over the entire body.