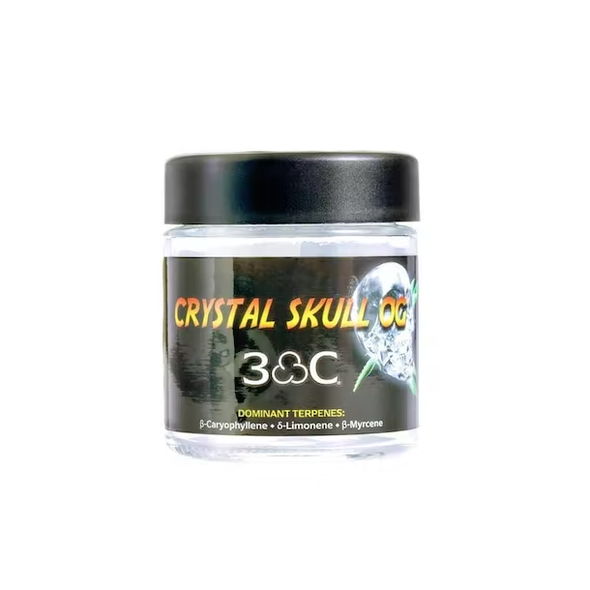 DESCRIPTION: Crystal Skull OG is a descendent of the original OG Kush; it was created from cross breeding a pheno of the OG into the original cut of OG. The result is a brilliant iteration of the sought after strain and its distinctive properties featuring aromas and flavors that are gassy and skunky with slight pine undertones. The deeply relaxing and comforting effects make this strain a favorite among both the OG enthusiasts and the cannacurious.

CONSPIRACY: Long thought to exhibit paranormal phenomena, Crystal Skulls have been a popular subject in numerous science fiction films, television shows, novels, and video games. Some even believe crystal skulls lead to miracles and that they possess mystical healing powers. There are 13 Crystal Skulls that have been discovered; seven of the thirteen skulls have unexplainable creations which could be the source of their healing powers.

Crystal, also spelled Chrystal is a cross of two epic parents, White Widow and Northern Lights. It was originally bred by Nirvana Seeds, according to online sources.

The top reported aromas of the Crystal strain are sugar, fuel, and pine. And it is said to taste like sweet fruit and pine.

Crystal won first place in the 2002 Highlife Cup in the Netherlands.