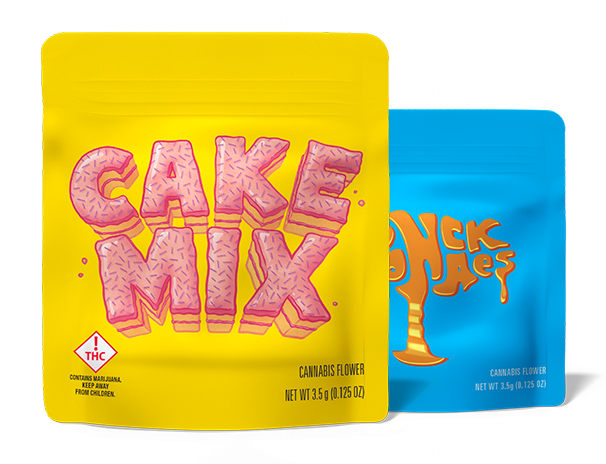 Check out our most popular products that our customers love

See our new products that have been added recently

Since then, some of the most popular Cookies strains have been Gelato #33, Wedding Cake, Blueberry Durango OG, Do-Si-Dos and SFV OG. In 2019, Cookies launched a new line of products called "The Family." The Family includes strains such as Gelato #41, GSC Thin Mint, OGKB Cake Batter and Sunset Sherbet.

In the early days, the company focused on developing unique strains of world class cannabis that would appeal to discerning consumers of Los Angeles county. They quickly gained a reputation for producing high-quality weed and soon began attracting attention from some of the biggest names in the industry.

Who Is the Leading Brand In Cannabis Culture?

"Cookies" is a name that resonates with everyone who is familiar with marijuana culture. Cookies has been releasing more lineups every year since its formal creation in 2012.

All these were made possible by the labor of Berner (aka Gilbert Milam Jr). Berner was not the only one who contributed to the growth of Cookies dispensaries, but he was one of them.

Berner is a talented and experienced entrepreneur who was able to find and work with the right people, leading him from one small success to another. In Los Angeles and other places, it is common to see people wearing Cookies-related clothes. There is also a chance that there is a Cookies strain in a nearby dispensary.

All these were made possible by the labor of Berner (aka Gilbert Milam Jr). Berner was not the only one who contributed to the growth of Cookies, but he was one of them.

Berner (Gilbert Milam Jr) is a rapper, entrepreneur, and marijuana connoisseur from San Francisco, California. He is the founder and CEO of Cookies, a marijuana company with retail locations in California, Nevada, Arizona, Michigan, Illinois, and Massachusetts.

In 2012, Berner partnered with veteran marijuana grower Jai Alai to create the Cookies brand. Cookies quickly became known for its high-quality strains and unique flavor profiles. The company has since expanded into edibles, topicals, and other marijuana products. Thanks to Berner's vision and hard work, Cookies has become one of the most recognizable and respected brands in the marijuana industry.

Berner has used his platform to advocate for social justice and drug policy reform. He has also been a vocal supporter of Proposition 64, which legalized recreational marijuana use in California in 2016. Berner is a talented and experienced entrepreneur who was able to find and work with the right people, leading him from one small success to another.

He is a role model for every entrepreneur who wants to start something. Berner and his team were able to evolve the Cookies cannabis dispensary brand into a weed lifestyle brand that revolutionized the industry.

Berner was not the only one who contributed to the legalization of weed, but his work certainly played a role in it.

The most significant impact of the legalization of weed on Cookies, however, has been the ability to expand its operations into new markets. Prior to legalization, Cookies was largely confined to the state of California. However, with legalization in place, the company has been able to open up new locations across the United States and even internationally.

The company is still going strong, and it announced a cooperation with a Barcelona-based cannabis collective. It is now a sub-brand that has its own imprints like Lemonnade, Grandiflora and Minntz, each specializing in a certain type of marijuana strains.

The future looks bright for the Cookies brand. As more and more states legalize marijuana, the company will have even more opportunities to expand its operations. Additionally, with public opinion shifting in favor of marijuana, it's likely that we'll see even more products from Cookies in the future. We can expect to see new strains, edibles, topicals, and other cannabis products from Cookies dispensary as the company continues to grow and innovate. The sky's the limit for this dynamic and forward-thinking brand.

Whether you're a fan of their products or not, there's no denying that Cookies has had a major impact on marijuana culture.

There's no denying that Cookies has had a major impact on cannabis culture. The company has helped to legitimize the marijuana industry and make it more mainstream. Additionally, the legalization of weed has opened up new markets for Cookies to tap into. With public opinion shifting in favor of cannabis, it's likely that we'll see even more world class cananbis products at Cookies dispensaries in the future. The sky's the limit for this dynamic and forward-thinking brand.

Cookies on Melrose in Los Angeles is owned and operated by the Cookies brand. Cookies Brand is owned by number of current and past investors. Founded by Berner, it continues to thrive. Since early two thousands the businessman has grown his brand from humble beginnings in San Francisco to the world's most famous fashion, lifestyle, and lifestyle brands.

Cookies has announced it has opened the company's first Orlando branch, which is a popular California marijuana company.

Is it easy to open a dispensary in Los Angeles?

There are some health benefits of marijuana and there are also some myths as well. To find out more about medical cannabis, you can visit Los Angeles County Department of Cannabis Regulation .

Los Angeles Dispensaries  have specific rules and regulations for those who want to start a business selling medical marijuana in LA. You can only sell medical marijuana if you have the required license from the city or county. You must also comply with the standards set by state laws regarding cannabis dispensaries in California.

You can also get your own license as a medical marijuana dispensary through the city or county office where you want to start your business. They will require you to submit your application early so that they can process it quickly. Once they approve your application, you will be able to start your business soon after, depending on how long it takes them to issue your certificate. It may take several weeks before they issue your certificate so make sure that you have everything ready so that they will not hold back on issuing your certificate just because of administrative delays on their part.

In Los Angeles, there are a lot of companies such as Cookies who are looking for ways on how they can get into the industry by selling medical marijuana products through their own dispensaries situated all over Los Angeles County, including Inglewood, Santa Monica, Van Nuys, etc., which is why competition is very stiff when it comes down to getting a license from local authorities in order for you to open up shop as an account holder or distributor of medical cannabis in California.

Along with getting licensed from city or county offices, you must also get licensed from the State Board of Equalization (BOE). You can apply for this type of tax license at the BOE website either online or through their main offices located in Sacramento and Fresno where all applications must be filed within 30 days after submitting all required documents such as Articles of Incorporation (AOI), Articles of Organization (AOO), corporate resolution authorizing person/s applying for BOE tax permit; Statement(s) of Information (SOI) if applicable; other pertinent documents; and payment(s) made payable

Happy Customers
See why our intuitive user interface, jaw-dropping listings, and tailored products provide shoppers with unprecedented user experience.
Premium Dispensaries
From leading brands and premier products, to top-notch dispensaries and delivery companies, there is no shortage of options to choose from.
Secure Shopping
Our secure network keeps all sensitive customer data confidential along with state of the art integration on orders for dispensaries and delivery companies.
Best Prices
Unbelievable discounts, exclusive deals, and lowest prices guaranteed, it’s no wonder our customers keep coming back for more.